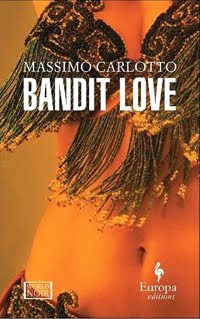 Like most of the books published by Europa Editions, Bandit Love is short, compact, and tightly packed with characters and incidents. [warning: partial spoiler ahead] Just when you think that the book is about to achieve a violent, final act of retribution, it veers off into an indeterminate future—possibly a sequel or possibly an end to the series that carries it forward into its own mythical future.
Posted by Glenn Harper at 12:53 PM

I've just finished reading the novel in only a few hours. I've previously enjoyed the Columbian Mule, Master of Knots, Goodbye Kiss; Carlotto is one of my very favourite writers of fiction. This is a great book, up to the usual standard. Highly recommended!