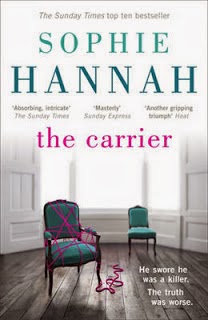 I hear that Hannah has been tasked with continuing Agatha Christie's oeuvre, and what she does with that project will surely be interesting. A "Christie" would surely be more compact and more plot driven than the Zailer-Waterhouse books. But I hope that she does carry over the dry wit and pointed comedy of her own writing: I wouldn't recognize Hannah's voice otherwise, and her voice (or that of her striking central characters) is one of the liveliest in current crime fiction.
Posted by Glenn Harper at 9:51 AM