Monsters in Florence and Stockholm 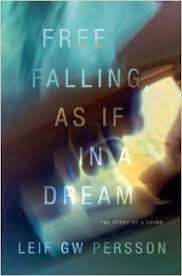 Magdalen Nabb's The Monster of Florence and Leif GW Persson's Free Falling as if in a Dream are both about real-life, unsolved crimes, and both use the archive of evidence on those crimes, filtered through a fictional lens, to propose solutions. Persson's book even includes a considerable amount of material about Nabb's namesake, Magdalen (pronouced Maudlin) College in Oxford (or at least about a storied herd of deer that lives there). Both novels include one (or more) major character who remains unnamed throughout. And both novels conclude with a certain amount of ambiguity or uncertainty.

Nabb's monster is, of course, the notorious Italian serial killer (and Carlo Vennarucci has posted his interview with the author in which she explains how she became involved in that case, at his italian-mysteries.com site: http://italian-mysteries.com/nabb-interview-part08.html). Nabb proposes that her detective, Marshall Guarnaccia, is appointed to a commission that is re-investigating the cold case, but his personal investigation goes against that of the prosecutor who is running the investigation, and much of the novel is concerned with the rivalries among prosecutors and police that wrecked the original and all subsequent investigations.

Persson's novel addresses the murder of Prime Minister Olaf Palme, through the lens of his ongoing character Lars Martin Johannson, now a senior policeman who is determined to go through all the previous material on the case before the statute of limitations runs out, and to do so he appoints a small group of detectives (all of whom we have seen in earlier Persson novels) to do the primary work. And much of the novel is concerned with the errors, rivalries, and security police interventions that wrecked the original and all subsequent investigations. Persson's involvement in the Palme case needs less explanation, since he is a former policeman, profiler, and prominent consultant and commentator on the Swedish police. 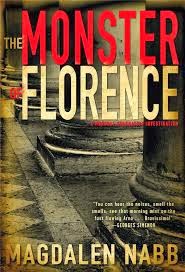 Both novels are very long (Persson's much longer), but both hold a reader's interest, if that reader is a willing consumer of police procedurals. Nabb's story is perhaps a little harder going, since key figures remain  unnamed and those have them sometimes have confusingly similar names, and since much of what Guarnaccia learns remains unspoken rather than literally given in the text. Despite its length and frequent repetitions of epithets attached to several characters and of snippets of internal and edternal speech, Persson's book is oddly gripping. One additional factor setting Free Falling apart from Monster is that the Swedish book has been filmed (as the framing device for the TV series made from Persson's Palme trilogy, En Pilgrims död, or The Death of a Pilgrim). Knowing the film, a reader will more or less know how the story turns out (though the filmmakers took considerably liberties in making the very, very long text of the trilogy into a four-hour series). Knowing the story's probable conclusion did not take away from the pleasure of the book, for me: I found it gripping all the way through, as well as comic in some sections, through the ironic and simultaneously arrogant and self-deprecating voice of Johannson and the appearance of the ridiculous detective in many of the author's books, Evert Bäckstrom (reportedly the lead character in a U.S. TV series to debut next year). I find Bäcktrom easier to take when he's a minor character (as opposed to the books such as Linda as in the Linda Murder where he is the central character) so I don't have very high expectations for an American version of him.

The unnamed character in Persson's books is a political advisor: I can't say what his role in the story is without giving too much away, but as with some other books by this author, the Security Police (called Sepo in the translation, though I think in Swedish they're known as Säpo) place a key (and obstructive) role that becomes apparent only very late in the story. Where Nabb's book displays a certain pessimism about Italian politics and police in Monster, Persson displays considerable pessimism about politics and police that those not intimately familiar with Sweden (or at least Swedish crime fiction) might find surprising (more of us know something about the frustrations inherent in Italian culture, even if we aren't familiar with the prosecutors and police that Nabb is dealing with).

In any case, Persson's newly translated and Nabb's newly published (in the U.S., though published much earlier in the UK) are among the very best crime fictions of the past and the upcoming year (Persson's book is scheduled for 2014), and more narrowly are both among the very, very best crime fiction novels that deal intimately with the details of an actual, notorious, unsolved crime. Both books propose plausible, credible, but in their different ways shocking solutions (Nabb's mroe disturbing on a psychological level, Persson's on a political and social level).
Posted by Glenn Harper at 2:58 PM

Do you have a contact where I can submit a book for review? (Unusual Glasgow Noir with heart)

You can reach me at notpd@yahoo.coom