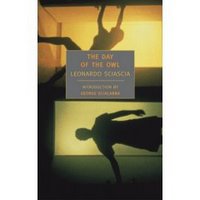 The NYRB Press is bringing back into print the translations of Leonardo Sciascia (a gift to the reading public). Sciascia had a few mainstream hardcover publications in the U.S. in the 60s, and there was actually a mass-market paperback of one novel (retitled as "Mafia Vendetta"), and then Godine published The Day of the Owl and Equal Danger together as one of their "Double-detective" books (collector's items now, I think).

But the new editions are very nice--NYRB Press does a good job with their reprints (the U.K. editions that were the only source for One Way or Another and The Moro Affair, and some of the others for a long time were cheaply printed and aged very quickly).

Vintage has had the wisdom to keep the collecction Open Doors in print for some time (the last of the books to become available in English, but the one most constantly in print lately). Having the Sciascias available again raises the tone of the genre. And gives me an excuse to go back and read them again, and report on them here.

Posted by Glenn Harper at 10:31 AM No comments:

a little break while waiting...

Hello everyone...anyone? I'm taking a break from posting to the blog while waiting for a crop of new international noir titles to come out this spring. There will be new books from Indridason, Vargas, Manotti, etc., etc. Anyone have suggestions for other new things that should be seen and read by all noir freaks?
Posted by Glenn Harper at 1:23 PM 1 comment: 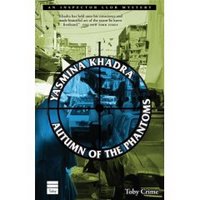 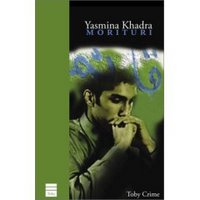 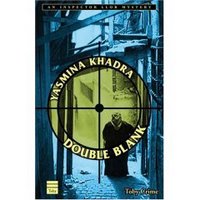 The last of the 3 novels has almost no plot (the first novel centers on a kidnapping, the second on a brutal series of murders). Llob is being persecuted by the police as well as his usual enemies among the decadent Westernized urban elite and the mostly faceless terrorist marauders. As he bounces through this horrific landscape, his few safe havens (literal and figurative) are stripped away and melancholy is the mood throughout. The lack of plot might be off-putting for someone who picked up Autumn of the Phantoms without first reading the other 2 in the series, but as a capstone to the trilogy, the indirect, disordered quality of the novel is perfect. The Llob novels are together a major accomplishment in the crime genre and in the literature of the post-colonial era.
Posted by Glenn Harper at 11:17 AM No comments:

Is there anything more classically "noir" than urban street warfare between ruthless gangsters and amoral cops? Add in snappy dialogue and an ending that resolves nothing, and the formula is complete. But what if the dialogue is howlingly funny? Can that be classic noir fiction? Bill James's Harpur and Iles series has a certain resemblance to the work of P.G. Wodehouse, whose work has been compared to classical pastoral poetry. In a hermetic world that is ultimately idyllic, the seemingly troubled events ultimately have no consequences. Wodehouse's world is the ultimate light comedy: weightless, funny, satirical (but only lightly so). James's world (set in a fictional city in the south of England) is equally hermetic, and there are equally few consequences (or at least few changes in the status quo, since there are plenty of corpses that result from the action) but otherwise Wodehouse's lightness is turned into darkness or heaviness (depending on your metaphor). The dialogue between detective Harpur and his superior Iles is almost not dialogue at all: they talk past one another, each indulging in heavy irony and macho one-upmanship. The sexual innuendo spares no one, not even Harpur's teen and pre-teen daughters, who may (or may not) have a thing for Iles, depending on which part of the text you listen to at any particular time. James has invented a dialect as well as a world and once you enter into both, the ride that you are taken on is great fun. James ultimately dismembers the police procedural, the thriller, noir fiction, and any other genre of the crime novel that you can mention, but without stinting on all the elements of each.

Totally within the strictures of series-based crime fiction, James offers something quite different: deconstructive fun of a high literary standard (without sacrificing readability and comedy) much as Wodehouse did in the context of the indescribable genre that he created himself. The only problem with James's Harpur and Iles novels is that there are so many of them (21 to date, at least in their U.S. publication) the experience begins to wear on the reader. On the other hand, there's no need to go back to the beginning--the new one is a great deal of fun even if you have not read any of the earlier ones. Though to my mind the most successful one of all is the almost Shakespearean Astride a Grave, the 8th, which avoids some of the repetitious gang warfare of recent volumes and also is the closest to classic noir structure (though no less funny than the best of the other Harpur and Iles novels). This series is unique.
Posted by Glenn Harper at 6:55 AM No comments: 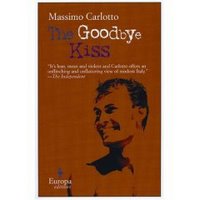 The latest of Massimo Carlotto's crime/noir novels to be translated is The Goodbye Kiss. The first two (see earlier posts) are in a series about club owner/private detective "Alligator" in Padua, but Giorgio, of The Goodbye Kiss, is not in that series (though there is an alligator, very early in the novel). Alligator and Giorgio share a background in radical Italian politics (as does the author, and Giorgio shares a good deal of the author's life story, including a time spent in exile after fleeing prosecution in Italy for a political crime, eventual return to Italy, prison time, and ultimate "rehabilitation" under the law. But The Goodbye Kiss is an old-fashioned noir thriller like those of Jim Thompson (and a little like the more recent ones of George Pelecanos, except that Pelecanos's heroes are never as amoral and ruthless as Giorgio). Like Thompson's novels, this one has less a plot than a sequence of events that follow one after the other. And like Thompson's novels, this onesequence demonstrates a descent, murders leading to murders and suspicions leading to the necessity of more murders. But Giorgio is so unlikable that his increasing difficulties in his effort to reach a stable life in Italy seem beside the point. He only seeks the illusion of stability, while having every intention to live as ruthless a life, dominating the women around him in particular, as ever. The ending is less a conclusion than merely a pause in this career. On the positive side, Carlotto's novel is carefully placed in the context of Italian politics, particularly the violent political events of past decades. To look upon the bleakness of this novel's story and it's "hero" as positively as possible, one could say that the author has portrayed the realities of a heartless postmodern Italy, with its turbulent politics replaced by rampant greed and self-interest. Maybe it's too much for me to ask for a little more entertainment, even of the pulp variety such as Jim Thompson would have provided, along the way.
Posted by Glenn Harper at 4:53 PM No comments: