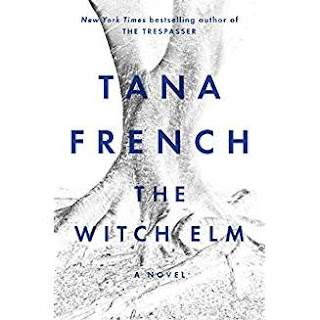 Tana French's milieu is groups of young people, families, school groups, and the like. My favorite among her Dublic police novels is Faithful Place, which is focused on an adult cop, but a substantial part of the novel is flashback to his teen years. Similarly, her acclaimed first novel, In the Woods, centers around an incident in the main character's childhood, and her second novel (less succesful, to me,), The Likeness focuses on a group of college students, which the main character infiltrates. The series is about cops, but in The Secret Place one of the main characters is a cop's daughter, and the main setting is her school.

French's new, standalone novel, The Witch Elm includes both present-day interaction among a group of cousins in their 20s and the youth that they remember (or not, or misremember). There are still cops (the Guards, in Ireland), but they're not at center stage, most of the time. Instead, we're trapped in the mind and narrative voice is Toby Hennessey, who is violently attacked toward the beginning, and musst confront new challenges from within the limitations of the head injury that he suffers in the attack.

The result is a classic "unreliable narrator" story, and the chief contrast in the telling of the tale is between his interior monologue (remembered from a future point of view) and the conversations he has with his cousins, two different teams of detectives, and other family members and friends.The result can be frustrating, and the twists and turns of the plot are considerably delayed by the slow pace of this oblique storytelling.  I miss the sometimes funny, sometimes nasty family relationships of Faithful Place: The Witch Elm has more in common with The Likeness or The Secret Place, in that the reader is embedded in the interplay aong the young people in the novel, for better or worse. The result is classic Tana French, with a bit of metafiction added to the mix toward the end, turning the narrative back on the narrator's mental state.

The twists in the plot, when they arrive, seem satisfyingly inevitable in the way they transform the story, with an emotional charge that will be familiar to readers of French's series novels. But the cops in this story, as central to the telling of the tale as they eventually become, are not as fully drawn as those in the seires, and I miss that element in her work. The Witch Elm will certainly satisfy her fans, but I still think of Faithful Place as my favorite among her books, collowed by In the Woods.

Posted by Glenn Harper at 9:06 AM No comments: 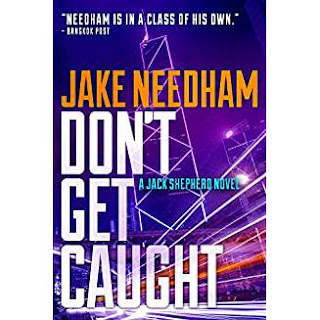 Narration in a novel, maybe even more so in a thriller, isn't about moving the plot forward. Most plots are simple enough that a short story would be plenty of space; and most plots are so simple that keeping a reader's interest for even a few pages would be a challenge. The telling of a story is about delaying the tale more than telling it, drawing it out and postponing the conclusion, whether the outcome is a surprise or a standard resolution. Jake Needham's narrator in the Jack Shepherd novels, Mr. Shepherd himself, is a master of delay: his storytelling is a conversation with the reader, twining around the plot itself, retelling key points so we don't get lost even if we put the book down, and leading us forward inexorably toward what is to come. And, as I've observed before, Shepherd is good company all along the way.

In this fifth Jack Shepherd novel, the lawyer and financial crimes expert is still living in Hong Kong, but gets pulled back toward Bangkok (the two cities are the twin poles of the series). The evocation of both places is concrete and vivid, though frequently not coplimentary (crime fiction at its best takes us to new places, but without resorting to tourist brochure promotion). We see the Asian setting throughh the eyes of an outsider, a white man who, no matter how long he resides in these places and no matter how well he knows them, will never be an insider there. He provides an ideal guide for those of us who don't know the cities at all, and I expect also for those who do know them

Shepherd is working on a high-stakes financial investigation, in which the Malaysian government and the Chinese Triads are involved. That scenario might seem dangerous enough, but a former acquantance from Thailand lures him into an even more risky one: rescuing a deposed prime minister whose life is threatened by the General who has taken over the country. Shephered is no super hero, and is reluctant to take on the new task, but he's a loyal friend, and the former prime minister (the first woman to hold the job) is indeed a friend, and almost, perhaps, except for intervening circumstances, a lover.

Once the final stages of the story kick into gear, events move rather quickly, some according to Shepherd's plan and some that twist out of control. The ending is at once a surprise and the logical outcome of the intersection of the events and the characters. Don't Get Caught is an essential contribution to the new Asian noir, and fortunately for readers, there's another new book by Jake Needham, the latest in his series featuring the dyspeptic Inspector Samuel Tay of Singapore (another interesting city for noir fiction, despite its reputation for being clean and calm).

Posted by Glenn Harper at 3:05 PM No comments: