I was lucky enough to get e-galleys for two forthcoming Penguin editions of classic Maigret novels in Penguin's project of publishing all of them. The two I read in the past couple of weeks are Maigret and the Killer and Maigret's Childhood Friend, two novels from the late '60s that have several interesting things in common. But before talking about links between the two, I have a few comments about reading Simenon after a long period of not reading him.

I had forgotten how visual Simenon's writing is. Both these novels, especially in the first half of the books, is full of visual details and vivid descriptions of the streets of Paris and the denizens thereof. As is common in the Maigret books, the latter half of the books is mostly interviews or interrogations, and Maigret's musings about the cases, in writing that is still vivid, but more verbal than visual.

Maigret has a peculiar relationship with a suspect in each of the two novels I read. In Killer, the detective establishes communication with the murderer and has evidence in hand that, if published in the newspapers, would most likely lead to his identification. But Maigret holds off, and ultimately even welcomes the killer into his own house. I'll leave it to you to discver why the policeman proceeds in this peculiar manner.

In Childhood Friend, the titular friend is a comic figure, and the whole novel has a comic, even farcical, quality. And the friend is the clear suspect in the murder of his lover (who has four other lovers, only one of whom knows about the others--one of the farcical qualities of the story). But Maigret is not defending his friend--he seems to have contempt for him, and he was not even really a friend, though he was a classmate in the rural town where they grew up. Again, you'll need to read the book to discover the detective's reason for holding off on the arrest of this non-friend, against all of the evidence.

Posted by Glenn Harper at 7:17 PM No comments: 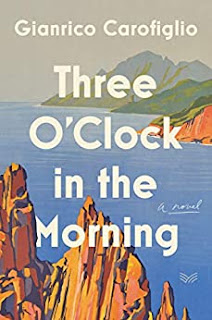 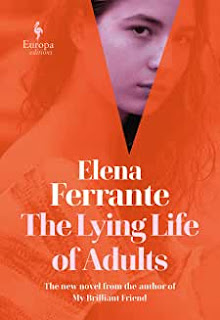 Posted by Glenn Harper at 3:18 PM No comments: