Four from around the world: Italy, S. Africa, France, India

A quick update on recently read crime novels of note, from French, South African, and Indian writers and a well-known American writer resident in Venice. 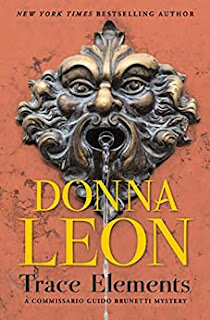 Donna Leon, famous outside Italy, refuses to allow her excellent series featuring Commissario Guido Brunetti to be published in Italian translation. Her intended result is that to her Venetian neighbors, she's simply a fellow resident of this magnificent, troubled city, not a famous writer. Her newest book in the series, Trace Elements, was written before the pandemic, but centers on a death in hospice, a death to which the police are called because the dying woman has a confession of sorts. Her death inspires Brunetti and his fellow "poliziotti" to follow a slim thread regarding the death by accident (or perhaps suicide) of the dead woman's husband, whose job is the inspection of water quality in a privatized segment of the water supply system of Venice. The novel follows the usual process of the series, including the key involvement of the Questura's genius of information gathering (legal or illegally obtained), Signorina Elettra, as well as Brunetti's associates and his family. The sad story is nevertheless involving, right up to the typically complex resolution. 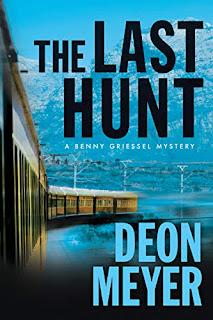 Another very successful series, by Deon Meyer, featuring Benny Griesel of the South African Police Service's major crimes division, the Hawks, in Cape Town, has a new and propulsively readable addition in The Last Hunt. One of  Meyer's specialties is action that pulls the reader along with rapidly developing events. In The Last Hunt, we get a couple of those, with intertwining plots that at all points reflect the current political and social problems of South Africa, in a plot with echoes of The Day of the Jackal. Along the way, Benny's relationship with a once-famous singer reaches a key hurdle that the detective is nervous about crossing (this relationship has been developing steadily across the past several books in the series). Meyer gives us a lot of insight about the daily struggles of the police in the troubled nation, as well as the larger milieu. Meyer has a lot of fans around the world, and deserves a look by any reader who is looking for an excellent police procedural combined with a thriller with a vital glimpse of the post-apartheid reality of South Africa. 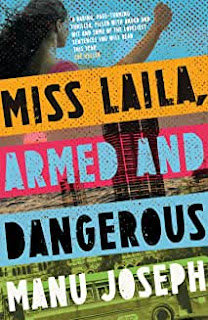 Manu Joseph's Miss Laila, Armed and Dangerous seems at first to be a satire, and it ends up with a more sobering indictment of contemporary India. A building collapses, trapping a man who has knowledge of a developing terrorist attack, and the only person who can reach the area where he is trapped is a woman who is a journalist specializing in ambush interviews of well-known political figures. This is the India of Hindu nationalism, thoughh the leader of the movement is the fictional, rather than the actual, prime misister of India. The central figures of the terror side of the plot is the titular Laila, who makes the mistake of taking a ride with a friend, and as the plot progresses, with a sudden shift at the end, she becomes the focus of a terrible indictment of India today, framed as if in a comic novel. Miss Laila is a quick read, though the story is complex--and it gives a picture of India more stark and contemporary than many novels from the sub-continent that have appeared here in recent years. 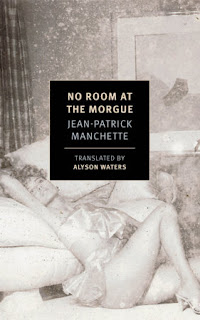 Jean-Patrice Manchette reinvigorated French noir fiction in the 70s and 80s, and a string of his novels have been appearing in English over the past. decade or so. The most recent, No Room at the Morgue, is a recasting of classic private detective fiction. The plot is appropriately complicated (Manchette evidently had Dashiell Hammett in mind), and though there's a lot of blood spilled, the tone is light and quick. Manchette's detective, Eugene Tarpon, is a former cop who is about to abandon his brief, unsuccesful career when a young woman appears at his apartment appealing for help int he matter of the death of her roommate. Very soon,  Tarpon is drugged, beaten intimidated, and ensnared in network of shady filmmakers, gangsters, journalists, and corpses. Manchette's contributions to the French graphic novel, and the connection with that art form are obvious in this novel. As transated by Alyson Waters, the prose is quick, colloquial, and full of quicky dialogue. Manchette's novels typically have a social depth at the heart of the noir story, but his politics are well hidden behind the spectacular plot and the down-and-out stoicism of his hero. For fans of Manchette, No Room at the Morgue is a bit more like Fatale than his other books translataed so far. For fans of classic noir, the book will be a treat, even if they don't know the author's other books.


Posted by Glenn Harper at 6:08 PM No comments: