Mystery and Tragedy: Neville and Fossum 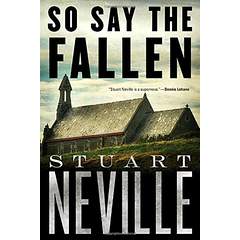 The new novels by Karin Fossum of Norway and Stuart Neville of Northern Ireland have little in common (except for being works by two of the most prominent and accomplished crime novels working today). Both, however, demonstrate an inevitability in their motion toward a conclusion, and a tragic sense of character that determines the story.

Neville's So Say the Fallen continues the story of Belfast detective Serena Flanagan, the central character in two of his previous books. This time, she reluctantly takes on the case of the apparent suicide of a wealthy car dealer who was the victim of a car crash in which he had lost his legs. He and his wife had also in the recent past lost their young child in a swimming accident while on vacation in Spain, death and disaster seemingly following them around.

But details of the crime scene make Flanagan uneasy. Among the witnesses she interviews is the minister in whose church the dead man had been active, and Flanagan begins to gravitate toward him in her personal search for a way out of the miseries of her own life. As she comes closer to the preacher, we also learn the real circumstances of the death, in the portions of the narrative from the minister's point of view, and the alternating perspectives on what is and has been going on enlist the reader as a witness to a tragedy of ambition, deceit, ruthlesness, and despair. Flanagan herself navigates a difficult and finally dangerous path through the collapse of the lives of everyone involved. 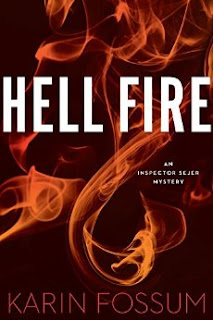 The other two narratives follow the seemingly disconnected stories of the mother, who is working as a home help assistant, and another mother and son, Mass Malthe and her seemingly autistic (though the word is never mentioned) son Eddie, in his twenties but still living with his mother and almost completely dependent on her, through his own laziness and antisocial character and her indulgence of his habits.

We follow Bonnie on her rounds as she takes care of her sometimes troublesome and sometimes friendly clients, and we witness Eddie's on-again, off-again on-line search for the grave of the father that abandoned him and then died in a foreign country. The tragedy here also has an inevitable quality, but the emotions and personality traits that drive that inevitability are more subtle and claustrophobic than those in Neville's novel. We don't know what the circumstances of Bonnie's and Simon's death were until late in the novel, but from the beginning there is a sense of fatal loss and social failure that give the novel its tragic character. Fossum's novels don't adhere to a single structure, and Sejer is a more important character in some of them than in others (among those in which he's a character at all). Here he's a stand-in for the reader, a helpless witness to the catastrophe of two families.