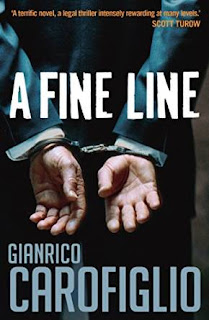 The series of legal thrillers set in the Pugliese city of Bari, by Gianrico Carofiglio, depend more upon the voice of the central character, Guido Guerrieri, than on plot or mystery--fortunately Guido is fascinating. He's a lawyer who's not too certain about his profession but comfortable in his life, his city, and his relationships with co-workers, his ex-wife, and his evening companion, Mr. Punchbag (Guido is a former boxer who keeps his hand in both in the gym and with his in-home punching bag, with which he sometimes carries on one-sided conversations).

In the new novel, he begins by discussing with a police friend a recent scare caused by the false diagnosis of a fatal illness. But the shadow of that experience is quickly set aside when a judge who is a former law-school classmate approaches him about a suspicion that the judge is being investigated for corruption. Guido accepts the case, and a double plot ensues. While Guido goes through the labyrinthine Italian legal system (which we learn a lot about ), his investigator (a young woman named Annapaola Doria, who is a former cop, a motorcycle enthusiast, and a source of attraction for Guido, something he is ambivalent about).

Carofiglio's skill as a writer is evident in his ability to hold the reader's attention without resorting to weapons, corpses, and other typical plot tropes of the crime genre. Here we have only the judge, the shadowy (and mostly off-stage) world of organized crime, from which the accusation of corruption arises by means of a criminal informant, and Guido's careful manipulation of the legal options open to him. Guido is not only good company, as a narrator, he is also an effective conduit for the forces at play in a social realm that includes many dark paths among the pleasing vistas of Puglia as he travels from Bari, where he and the judge are based, and Lecce, where the legal case will be heard. This series is not a travelogue/crime novel, though. The Italian setting is important, it is not as much a part of the novel's core as is the case in, for instance, the Camilleri novels. Instead, the reader gets a vivid sense of a fascinating character and the milieu in which he operates as an attorney. I highly recommend the whole series and the most recently translated episode is up to Carofiglio's high standard.


Posted by Glenn Harper at 1:47 PM No comments: 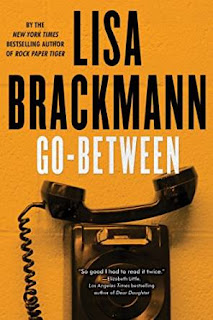 Go-between features a range of topics and backdrops, from a northern California riddled with marijuana dealings of legal and illegal sorts, airplanes (also a factor in Getaway), for-profit prisons and state-run ones, nonprofits that may or may not be sinister fronts for corporate greed, and the failure of wealth and privilege to protect against the encroachment of violence and misery. Brackmann sets up a series of threatening situations from the beginning of the book, and the plot unravels from there as the heroine attempts to salvage something of her life. The pace is fast and the threat palpable, though some readers (one spoiler alert ahead) might find the last few pages a bit anticlactic after the considerable build-up of tension.
Posted by Glenn Harper at 8:57 AM 1 comment:

On Danish authors Kaaberbøl and Friis 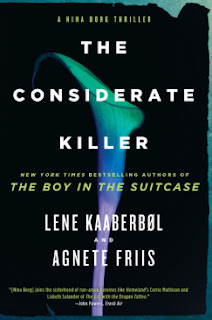 The power of the series: the authors’ creation  of one of the most distinctive  characters in contemporary fiction.

My review is Here.

@LAReviewofBooks
Posted by Glenn Harper at 9:45 AM No comments: