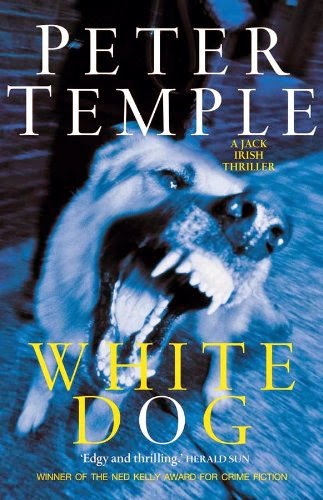 Some of the purest noir being written today doesn't come from the U.S., or France, or the U.K. Two recent novels by Jo Nesbø (of Norway) and Peter Temple (of Australia) show what can be done with the genre today.

Nesbø's Blood on Snow, a stand along novel, is perhaps the purest noir of the two, and much more pure noir than the author's series featuring Harry Hole. The hero, Olav, is a hit man mostly by default--it's the only thing he's good at, having tried all sorts of other criminal enterprises without much success. He's also something of a stalker, staking out the wife of one of his victims and holding off on killing another who is his current assignment, while he watches her. He has a sentimental streak that keeps him human, along with his love of reading (despite his dyslexia). Once he goes off the rails, defying his boss (a drug dealer) and trying to enlist the help of a rival gang, we descend along with him into a noir spiral as he attempts to escape his situation and save someone else along the way. The end is a contrast between a hopeful vision and a cruel truth.

Temple's Jack Irish books have always had strong elements of noir, in the lapsed lawyer at the center of the stories, who lost his wife to an angry client before the series started. And some of the broader elements of noir are also here: Jack works odd jobs (sometimes very odd) for a racetrack manipulator and former jockey (and his elegant but violent helper) and other shady characters. But Jack also has an avocation rather different from the average noir hero: he's learning high-end furniture craft from an artist of the medium, an emigre from Europe who is his gruff mentor and teacher in the trade. And Jack has an occasional love interest, a reporter, who is an on-again, off-again solace. Jack, unlike Nesbø's hero, is a smart-ass, like so many central characters in classic noir, and like them he is the frequent victim of more powerful and more violent enemies that he collects in his pursuit of clarity or justice. 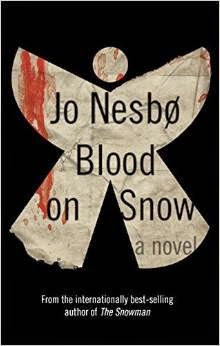 In White Dog, he's hired to collect evidence yhsy might clear an artist who is accused of killing her former lover. In the process, Jack walks into a nest of powerbrokers involved in another of the classic noir tropes, property development. The ruthlessness of these developers leads to deaths, beatings, and an encounter with the nasty dog of the book's title. But the other elements of the story, including the revival of a lapsed racehorse and some elegant sounding furniture, give some respite to Jack and the reader (more so than Olav, who only has the solace of fanstasies of love and escape).

Blood on Snow is evidently set for film adaptation, involving Leonardo di Caprio. Somehow that doesn't seem too promising (let me know if you're more hopeful about the film). The Jack Irish series is the basis for a set of Australian films starring Guy Pearce that are in fact a pretty good version of the stories, with convincing performances by Pearce and the rest of the cast. As far as I know, White Dog hasn't yet been filmed.
Posted by Glenn Harper at 4:52 PM No comments: