I have to add my voice to the chorus mourning the loss of Maxine Clarke, who was not only a great reader and a great blogger (as Petrona) but also a great reader of blogs. It has been her voice more than any other who has tied together the crime fiction bloging community, and she is irreplaceable.
Posted by Glenn Harper at 1:13 PM No comments: 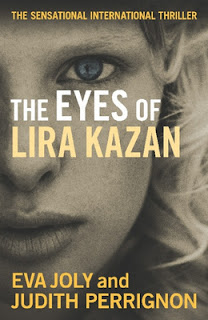 Posted by Glenn Harper at 12:30 PM No comments: 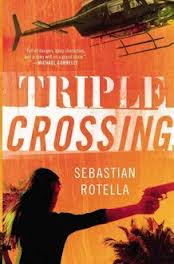 Journalist Sebastian Rotella has published a first novel that is a convincing, well-written, and evocative portrait of the border regions of San Diego/Tijuana and the Triple Border in South America (where Argentina, Brazil and Paraguay meet).

It's an ensemble story, without a single lead character (though it begins and ends with Valentine Pescatore, a young U.S. border patrol agent). Besides Pescatore, there's a Mexican human rights activist turned cop (leader of an elite anti-corruption squad), the Mexican woman who took his place when he quit the human rights agency, an American woman who's an agent for the border patrol's inspector general (a "rat squad" sort of thing), and numerous policemen and narco-criminals.

The plot takes sudden twists and turns--when it seems like the story is going in a conventional cops-and-drug-lords or border-agents-and-illegal-immigrants direction, it will suddenly veer into the corruption story or an undercover cop story or a story of betrayal (of several sorts). Rotella keeps all of the above convincing, through his skill in writing as well as his refusal of a coherent single plotline. All the characters, even minor ones (even ones who speak hardly at all) are vivid, and there is considerable skepticism about characters who would be the good guys in a more conventional novel, as well as sympathy (of a sort, at least) with the gangster crews. There are also various references to adventure novels of the past (in particular The Three Musketeers).

The various U.S., Mexican, and tri-border settings are also convincing and complex, as well as the varied and powerful threats that the characters live under in each of those settings. One of the more startling settings is a Mexican prison that is surreal, but clearly based in reality.

I received this book as a review copy (thanks, Mulholland Books), with a different cover (there are a couple of different covers out there, shifts in the marketing campaign I guess. The cover of the copy I have is a bit more subtle than the one above (just the border fence and an over-flying helicopter), and the one above is a bit less busy than another one that's out there, which has the same image but white stripes across the cover (kind of busy, if you ask me).

I actually put off reading this book for a while after I received it, thinking it was just a border-thriller (and too American, perhaps, for a blog that is supposed to be international). But it's not a conventional border story, and there's plenty of international perspective.

Posted by Glenn Harper at 9:29 AM No comments: