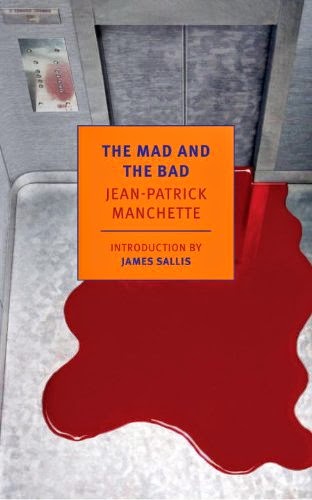 In any case, The Mad and the Bad, after the young girl/mental patient is installed as the orphan/nephew's governess, Manchette lets the daily routine of her new life play out for a short time before suddently shifting into a kidnapping plot (which isn't what it seems), an escape, several deaths, and a race across France with the hit-man in hot pursuit. There's no one writing them like this, any more (or if you know of another writer in this vein, please let me know!).
Posted by Glenn Harper at 8:05 AM No comments: 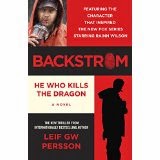 I coincidentally read two Swedish crime novels by very different authors (Leif GW Persson and the writing team of Roslund and Hellström), yet there is some interesting overlap. Both feature an overweight senior cop who is not taking care of himself (and they have similar names, Ewart and Evert). Both include a lot of repetitive language, and both develop slowly over a fairly large number of pages. But the experience of the two novels is very different.

Anders Roslund and Borge Hellström often write about prisons, and their newest in translation (Two Soldiers) is no exception. The theme of the book is the birth and rapid development of a new gang, when the young men in a previous gang are spending time in prison. The first, long section of the novel is a claustrophobic vision of the inside of a prison: the encroaching walls are only part of the sensation of being closed in--the closed mind-set of the gang leader (Leon Jensen, who was actually born in prison) is more claustrobic in its violence and misogyny than the cells. In fact, I nearly gave up on the book as this section dragged on. But the normal "hero" of the Roslund and Hellström books, Ewart Grens, finally shows up, with his own narrow mindset and personal difficulties, and the contrast (and contest) between the gang and the cops at least opens up the story in a bearable way. Grens is a wreck, destroyed by the death of his wife and the loss (see the previous novels) of the music that he has been obsessively listening to (to the misery of his partners and collaborators).

Grens shifts his obsession to the danger of the developing gang (when they organize a joint prison break) and recognizes his own role in the life of Jensen (Grens had arressted his father and harassed his mother). The dual obsessions of the book are Grens's drive to stop the gang before it achieves the national reputation Jensen is seeking, and Jensen's drive to destroy whoever gets in his way. The other characters (police and criminals, as well as bystanders) offer a more rounded human portrait to balance these two monomaniacs. Along the way, there is a developing plot that involves Jensen's mother and a fireman and will once again implicate Grens in something beyond his knowledge and power. 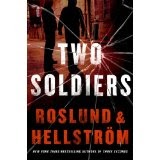 Persson is a police expert who often appears on Swedish TV (and he gives a sly reference to that part of his career in the newly translated He Who Kills the Dragon). The "hero" is Evert Backström (and the new Backstrom TV series in the U.S. is partly based on this character and this novel). Backström has been told by a doctor that he has to clean up his life, in terms of healthy habits, and the detective takes it seriously for a bit before reverting to his gluttonous, drunken, corrupt, xenophobic, and misogynist usual self. The repetitiveness in this book is in the language that Backström uses to refer to almost anyone other than himself, uncomplimentary in all cases and in a very narrow range of vocabulary. There is a more rounded humanity here, too, in the other characters (though there is one female cop whose apparent sexual interest in Backström is totally incomprehensible).

Backström doesn't really have any talent as a cop. His self-interest and his luck frequently, though, propel him to achievements that he doesn't deserve. In this case, he is leading the investigation into the death of an old drunk who turns out to be not exactly what he seems, and the case becomes linked to some gang activity in various ways. Persson's writing is always lively and frequently comic, not only in Backström's personality but also in references to crime novels (Gunvald Larsson, of the great Sjöwall and Wahlöö series of the '70s, appears here as a historical reference). But a reader's appreciation of Persson's books that narrow in on Backström in particular will depend on how much tolerance he or she has to the nastiness of the character himself. At one point, in another fictional reference, he compares himself to Andy Sipowicz of NYPD Blue TV fame (though he actually more closely resembles Norman Buntz, an earlier character played by the same actor, Dennis Franz), but the TV character(s) are never quote as mind-numbingly negative as Backström can be to spend time with.  Part of the fun, I guess, is knowing that you don't really have to spend time with Backström in real life (if you do have to live with someone like him, the novel may hit too close to home, or on the other hand might be hysterically funny, I'm not sure which).

Persson does plot the story in a tricky and intricate way, so the development of events is interesting in itself, as well as Backström's ability to turn things to his advantage and escape the consequences of his real behavior. I have to say that I enjoyed He Who Kills the Dragon (and perhaps that title is also a sly reference to another book series) more than Two Soldiers, though the latter achieves a tragic stature by the end, leaving a reader with a more emotional and sociological aftertaste, both at the same time. About the Backstrom TV series, I don't have much to offer: the first episode didn't impress me much, it seemed like ordinary TV fare, with the character neither as repulsive nor as interesting as his literary model.
Posted by Glenn Harper at 12:07 PM No comments: 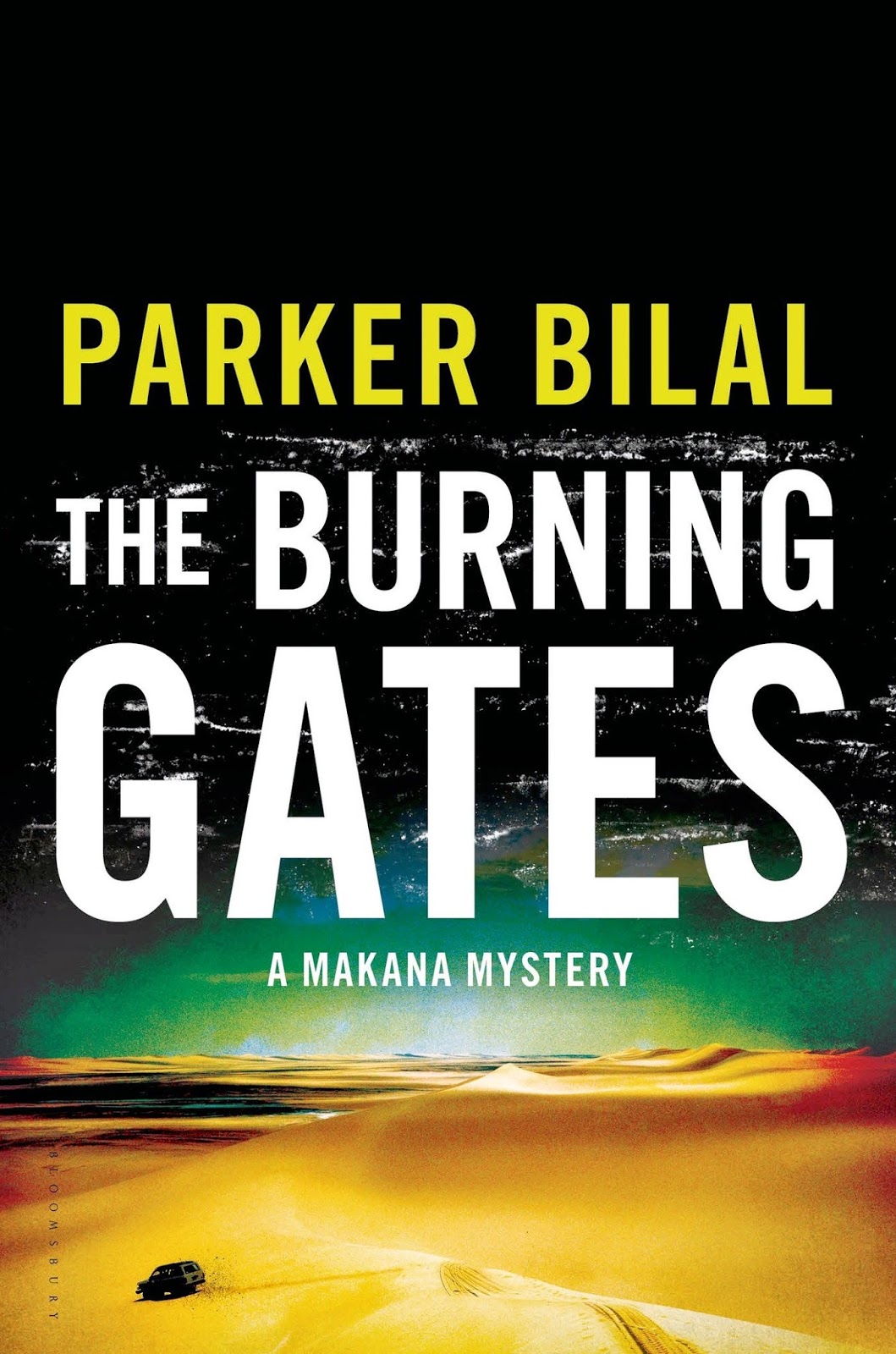 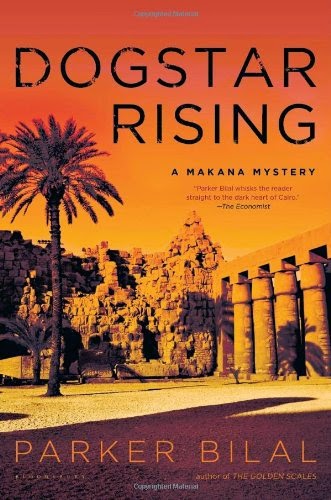 Makana's room in a floating house, his landlord's family (especially the young daughter), and various running characters enrich the stories, but the voice is Makana's (though the stories are told in the third person). The vividness of the writing, the pessimistic portrayal of social and political conditions, and the dour Makana are the key attractions, in addition to some humor and a glimpse (from an outsider's point of view) at the distinctive quality of life in Cairo. These are not short books, but the story flows aloong in a compelling way: I highly recommend the whole series.
Posted by Glenn Harper at 10:36 AM No comments: