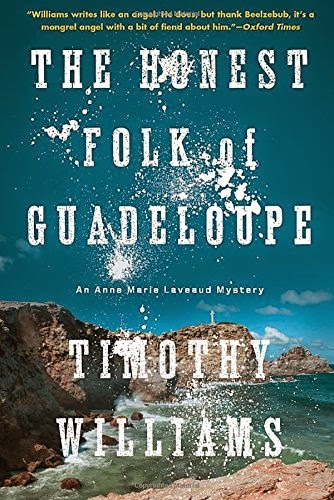 Most dialogue in crime fiction moves forward smoothly, the speakers responding to one another and perhaps gradually revealing the truth of the events in the story. In the novels of Timothy Williams, though, the dialogue follows the patterns of life: the speakers are not really listening to each other and definitely not responding coherently to one another. The reader discovers, in the disconnected conversations, the truths that the speakers are hiding from each other, and even from themselves. His recent novel, The Honest Folk of Guadeloupe, follows this indirect method to its logical conclusion: has a crime taken place, and if so what crime? This is not a whodunit, it's a glimpse into the complex life of the citizens of a post-colonial, conflicted culture.

Soho Crime, which published The Honest Folk last year, has recently been reissuing Williams previous series, featuring Italian Commissario Piero Trotti. Trotti, a spiky character with fewer social skills than Judge Anne Marie Laveaud of The Honest Folk and the previous Antother Sun, suits Williams's style perfectly: He talks over people, goes his own way, and has difficulty with everyone in his professional and personal life. In his case, Trotti's investigations lead through some of the most difficult years of Italian history, from the "years of lead" onward into the 1990s, each of the five reissued novels tying local crimes to larger social patterns of violence, corruption, and chaos. 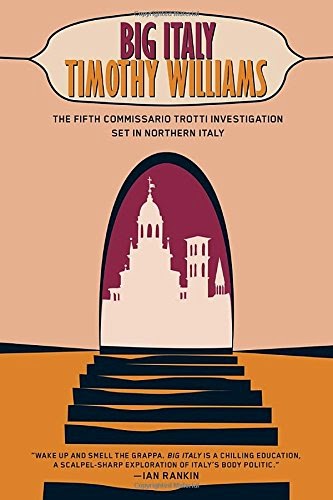 The five Trotti novels appeared originally along with some of the major crime novels set in Italy by English-speaking writers, including Magdalen Nabb, Donna Leon, and Michael Dibdin. Williams is less well known that some of the others, but his work is of the same rank and more specifically links the crime stories to specific facts and events (all of the writers deal with corruption, for example, but only Williams points to specific and specifically Italian corruption. His indirect style is particularly suited to the frequently indirect patterns of life and crime in Italy, without falling back on the more picturesque or charming qualities of life there for solace: his novels are darker, more grimly funny, and in some senses truer. Big Italy involves Trotti in a web of child abuse, conspiracy, and murder, just at the point when he's trying to retire.

The Laveaud books (originally written in French rather than English) show the range of Williams's writing: it's not the same kind of corruption or crime in Guadeloup, and the stakes are different. Laveaud, despite her family troubles, is a more open and social person, caught in the grinding gears of racial and political conficts, corruption of a more distinctively Caribbean sort, and a position in the legal system somewhat more viable professional position than Trotti, whose career is at a seeming dead end. The Guadeloupe books, because of Laveaud's personality and the tropical setting, are quite different fromt he Trotti books, while maintaining the author's quite distinctive approach to crime writing. Both series are highly recommended!
Posted by Glenn Harper at 6:31 PM No comments: