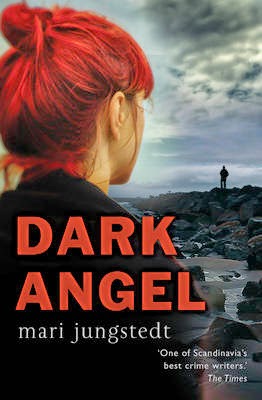 Two of the most succesful purveyors of Swedish crime are Mari Jungstedt and Helene Tursten, both of whom have had TV series based on their books.  In the case of Jungstedt, the series is an odd German-Swedish amalgam (though many of the actors are Swedish, the soundtrack is in German, and the backstory and even the name of the lead character, Anders Knutas, has been Germanized, though the setting remains the island of Gotland, off the Swedish coast). Though the TV shows vary considerably from the novels in Tursten's case, the characters and the basic plots remain recognizably the territory of Detective Irene Huss's Göteborg/Gothenburg.

The latest novels to be translated from the original Swedish of the two authors continue in typical fashion, though neither seems to me to be the most succesful of either series. Jungstedt's Dark Angel is concerned with the death of a prominent party planner, who is in the process of leaving his wife for another woman whose identity has been shared with neither the reader nor the other characters in the book. There are other undisclosed identities, including that of a parallel, first person narrative, a sort of journal by a man who seems to be blaming all his problems on his mother. As I mentioned in my previous post about Henry Chang's Death Money, most noir goes back to unhappy families, but in this case I find the diarist very annoying, and his moaning is to me a distraction from the rest of the story regardless of the importance of his voice to the plot. And the plot moves ahead rather slowly in any case--by the final twist (made possible by some of the information withheld from the reader all along) I had grown a bit tired of the whole thing. 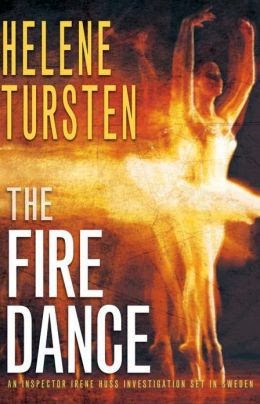 There is also, as with Mankell's Wallander stories and some other Scandinavian crime fiction, the emergence of a moral dilemma that other European and certainly American readers may find oddly moralistic or inflexible (dare I say Protestant?): in this case concerning the actions of Knutas's close associate Karin at the end of a previous novel, in which (spoiler alert!) she let a murder escape. Anders discovers that her recent behavior is the result of her suffering from pangs of conscience for this incident, of which he had been unaware, and considers ruining her career and his professional life by reporting her--not something a hard-boiled detective elsewhere would worry much about, in my opinion.

Tursten is less concerned with plot twists: her Irene Huss stories are straightforward police procedurals, for the most part, with liberal helpings of Irene's home life (which, despite normal family problems, is happy and ordinary, in contrast with the families involved in the crimes she deals with in her professional life). In The Fire Dance, there's a substantial flashback to Irene's early career (which is an interesting aspect of the book) when a young dancer disappears and she realizes she has talked to the girl's family before, on the occasion of a suspicious house fire. The unhappy families involved are complicated by divorces and a death in that earlier fire, and when the young dancer is found dead in another suspicious fire, there are lots of paths for the investigation to follow.

One of the threads that Irene follows involves martial arts: she herself is a jujitsu specialist, one of the common threads of the series, but the dancers (and ultimately one of her own daughters) become fascinated with a Brazilian fighting style, capoeira, which is being integrated into a dance performance important to the story (and the captivating Brazilian practitioners of the art are also an important part of the story).

But there are a few aspects of The Fire Dance that held the story back, for me. One is the dance performance itself, which seemed pretty dreadful to me as described in some detail--but then I'm not a dance aficianado. And the story winds through a lot of distractions as Irene's boss pushes her to help with other, unrelated cases as little progress is made on the main storyline which plods ahead without much progress until it winds up rather suddenly and (for me) with a bit if anticlimax. I like Tursten's series, and the procedural format that it follows, but (again, for me) this was not the strongest of the books. My memory of the TV show derived from this book is that it was a bit tighter and more dramatic, but considerably different from the book.