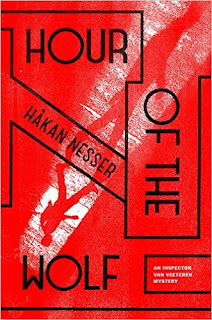 The story alternates among the detectives, the retired chief inspector, and the killer, a skilfully handled kaleidoscope that ceases in the final chapters as the police are left with several difficult matters to sort out, leading to a strangely metafictional section in which the current chief inspector (rather than the retired one) travels to New York (which is of course the model for McBain's Isola) from the fictional Maardam. The effect is strange, but well handled--as is the final resolution, going beyond the mere identification of the killer.
Posted by Glenn Harper at 10:53 AM