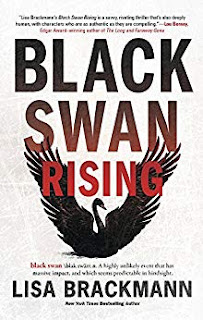 I was lucky enough to read an ARC of this and your review is dead on.