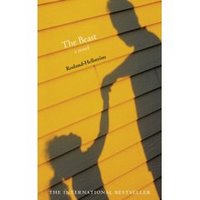 The Beast by Anders Roslund and Börge Hellström is a "collective" novel of the sort attempted by certain novelists in the 20th century--not focused on a single hero, but shifting among a kaleidoscope of characters (in this case a couple of policemen, several prison guards, a pedophile murderer, the father of a young girl, a group of Swedish rednecks, and assorted other characters. Their stories (told in the 3rd person) are intertwined until all the threads ultimately come together, with several twists that take the plot beyond that of the average crime novel, in an ultimately not-unexpected ending. Rigosi's Night Bus (mentioned in an earlier post) has a similar intertwined structure, but whereas that novel is a rollercoaster of a comic thriller, The Beast is an all-around indictment of a society whose limits and ethics are tested by the strains of a child molester's exploits and their awful aftermath. Most of these characters are damaged (and the one flaw I would find in the novel is that the "back story" of a few of the characters molested youth is a bit overdone), and none come out of the novel without further damage. But the novel is compelling, and the technique is carried off almost flawlessly--collective novels are often tedious and unfocused, but this one is driven and tightly wound. One aspect of noir fiction that is seldom plumbed by current authors is the thinness of the veneer of civility in an entire society, rather than a narrow spectrum of an enclave such as the criminal underworld. The Beast does plumb those depths, convincingly and tensely.
Posted by Glenn Harper at 8:39 AM