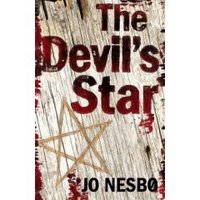 The Devil's Star, by Norwegian crime writer Jo Nesbo (blogger evidently doesn't support the slash that's supposed to be through that second "o" in the author's name) is a first class thriller and police procedural. It is a long book, but it's crammed with material, and if you think you have figured it out, just keep going--every time the book seems to settle into a comfortable genre, it changes ground again and the reader is off to the races. There are a couple of points where the plot is a bit sketchy, and one or two spots where it's even a bit difficult to see what has happened, but the thrill of the ride is worth a few bumps. Detective Harry Hole is even more down and out than the typical, classic noir hero. He has hit bottom and is only kept on the force because it's a holiday weekend and everybody else is on vacation. A grisly murder in an apartment's shower turns sinister when the murdered woman is discovered to have a red, star-shaped diamond inserted under her eyelid, as well as a finger cut off. More murders, diamonds, and stars accumulate, as well as an offer from Hole's nemesis (a detective that Hole is convinced murdered a female detective, perhaps in a previous book not yet translated--the plot has the feel of something being revisited) si suspiciously friendly, offering Harry an ambiguous job that sounds suspiciously like a vigilante operation. But Harry sobers up long enough to get serious about the case, and to yearn for the girlfriend that kicked him out. All the characters are believable and complex, and the Oslo setting is densely portrayed. Of all the police procedurals I've read recently, this one was the most involving, the most satisfying.
Posted by Glenn Harper at 4:56 PM