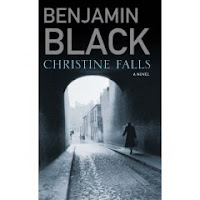 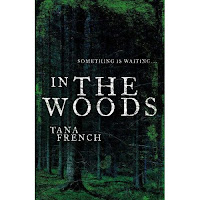 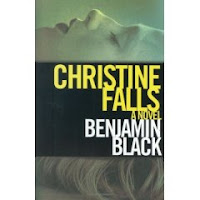 Less annoying than the bad habit publishers have of changing the titles of translated crime novels (and less than the even more annoying habit of publishing the same novel under different English-language titles) is the change in the book cover between the U.S. and U.K. editions. Usually, I find the cover of the U.K. edition more appealing, though the English edition of Tana French's In the Woods has a startlingly misleading pitch on the cover (playing to the Gothic impression they were trying to give of the story). Sometimes, U.K. publishers (and in particular Penguin) are amazingly creative in cover designs--as in the recent U.K.-only editions of Kafka. Between the U.K. and U.S. editions of Benjamin Black's Christine Falls, I'm surprised that Henry Holt, the American publisher, didn't keep the U.K. cover simply as a taste of Irish cultural nostalgia in the U.S. market. The U.S. edition is handsome, but emphasizes the title character (as she might perhaps have appeared on the slab in the morgue, while after all she is the "maguffin" or "mcguffin" if you prefer that spelling, rather than a character in the novel. I'm not buying a crime novel because of its cover, but covers that suggest the history of the genre or its origins in pulp fiction can have a certain appeal. Even better is a well designed book, including the cover--since a book in any genre can be an object of desire, if it's done right.
Posted by Glenn Harper at 6:27 PM

That's eerie. I just said the same thing about the UK vs US covers for Christoper Fowler's novels: