Mysteries of China and Laos 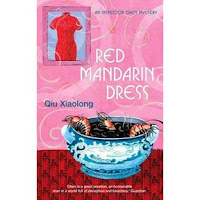 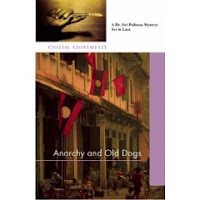 One of the reasons I started this blog was to try to figure out (in public, so to speak) why I liked some crime novels and didn't like others (and in the process it's also why I narrowed my focus on noir fiction rather than mystery fiction, and on translated and overseas--from a U.S. perspective--writing rather than American writing). A pair of fairly recent novels about Asia bring me back to that discussion: why is it that I enjoy Qiu Xiaolong's Chief Inspector Chen Cao novels set in contemporayr Shanghai (the new one is The Red Mandarin Dress) and don't appreciate Colin Cotterill's Dr. Siri novels set in 1970s Vientiane, Laos (the one I'm currently reading it Anarchy and Old Dogs, from 2007). Xialong's language (I'm probably using his name wrong--does anyone know if Qiu is actually his family name?) is often stilted, his character absurdly correct on matters like sex, and the current novel goes doen a much overtrod path--the serial killer plot. Cotterill's Dr. Siri (not to mention his friends) is a clever, sarcastic character swimming upstream against a corrupt and inept socialist regime that in theory at least he agrees with. Other than the period setting (I don't go in much for period pieces, though the Siri novels aren't set all that far in the past), Cotterill's books seem like the dark-but-funny, exotic-locale stories that I should like, and Xiaolong's Chen novels are often slow, not comic, and include some absurd plot devices (like the coincidence between the two cases that Chen is involved in (or is trying not to be involved in, as he attempts to take time off to pursue a literary degree). I think the reason for my taste in this case is that the Chen stories are crammed with Chinese expressions and cultural behavior, while the Siri stories frequently sound like a bunch of Brits and Americans plopped down in the middle of a Southeast Asian revolution. References in Cotterill's novel tend to be about the Beatles, or a character's experiences in Paris (logical enough references given the colonial history of Laos), or a chacter's "rugby player knees." It's almost as if an overzealous translator has tried to convert the dialogue and narration from conversational Lao into conversational, mid-Atlantic English. On the other hand, Xialong's stilted language is a believable equivalent for the distinctive speech patterns of a culture still grounded in politeness and deference to etiquette and authority. Plus the Chen novels are crammed with larger and smaller depictions of contemporary Chinese culture, with all its contradictory combinations of Communist ideology, capitalist realities, and Confucian spin. It's telling that the cruelest parts of The Red Mandarin Dress are not the murders but the examples of cuisine that are too repulsive to repeat (a hint--have a look at the cover of the U.K. edition and imagine the dinner table it depicts--that would be the mildest of the eating habits in the story). In a book that is extremely aware of Western theories of psychology and literary criticism (perhaps too much so--though integrated into the narrative through the Inspector's literary studies), these cruelties are plainly emblematic of the culture that Xiaolong is portraying from the safe distance of his current teaching career in the U.S., a Chinese civilization caught between not only the "two systems" but also the superstitious and traditional ways that survived the Cultural Revolution and the cynical and rootless ways flooding into the country today. By the way, I included photos of both the U.K. and U.S. covers of The Red Mandarin Dress because the U.K. cover hints comically at what's actually in the book while the U.S. cover suggests a romantic or erotic tale that isn't delivered in the novel (though sex is present, behind the scenes, in many aspects of the investigation and in the inspector's private life. So, the verdict: I find myself turning the pages of Anarchy and Old Dogs without feeling myself much involved in the story, but I forgave the cliche's and the stiffness of The Red Mandarin Dress (not to mention the extremely frequent repetition of the title phrase throughout the book) because of a palpable sense of immersion in a very foreign place. Maybe a compromise with my crime fiction standards? Should I not be judging on its cultural insights if my topic is instead the crime fiction "chops" of the author?
Posted by Glenn Harper at 2:23 PM

bathmate said...
This comment has been removed by a blog administrator.
9:39 AM