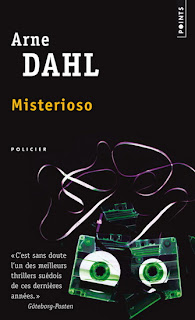 Arne Dahl's Misterioso, newly translated and published in the U.S., resembles the Sjöwall/Wahlöö Martin Beck series than it does any of the other Scandinavian-crime-boom novels that have been translated so far. There's a brief prelude that seems to have nothing to do with what most of the book is dealing with, there is a team of cops, the style is distinctly "police-procedural," and there's a good deal of social criticism (the tale is set in the 1990s (it was originally published in Swedish at the end of that decade), at the beginning of the financial and other crises that continue to shift the foundations of the "middle-way" capitalist socialism (or socialist capitalism) of Sweden.

There are, however, many differences between the Beck books and Dahl's "A-Unit" series, of which Misterioso is a part (apparently 11 novels published so far in Swedish). Dahl spends a lot of time in the beginning setting up his team (and the similarity of the group's name, arbitrary and tentative though it is at the beginning of the book,

is a bit too close to the "A-Team" of American TV fame: especially since threre is a "one of each" quality to the team's members. The ending of the book drags out a bit too long, for me, spending a lot of time setting up the series as a whole, whereas the Beck books end abruptly, carrying forward in a more natural way to the next in the series.

But Misterioso is a good read and has a lot of interesting characteristics, in the diversity of the cops' characters, in the use of music and social commentary, and in Dahl's skill at keeping a story moving forward while the cops are making little or no progress. 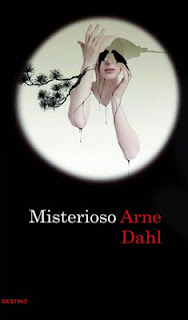 The story involves a serial killer targeting high-level businessmen in Sweden. Paul Hjelm, in the wake of an incident that simultaneously makes him a hero and a target for Internal Affairs, is recruited to the A-Unit, while also in the midst of a puzzling crisis in his marriage. Though Paul is the main focus of the story, each of the numerous members of the team gets a turn in the spotlight, as each investigates an aspect of the crime or the possible identity of the killer (Russian mafia, disgruntled employee, personal connections among the dead men, etc.).

In a satisfying way, the reader discovers a key element in the crime before the cops do, bringing together the strands of the narrative. The final assault on the killer's hiding place is a bit of an anti-climax, though. There are also a number of coincidences in the story, but the author deals with them in an interesting way, invoking the killer's notion of fate. 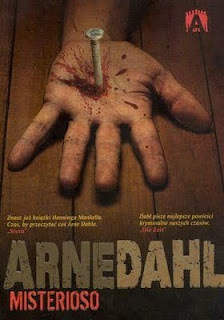 It's also interesting that a number of publishers around the world have highlighted different aspects of the crime in their cover art. I'm pasting into this post covers from the U.S., Poland, Spain, and Sweden as examples. I can't figure out the Spanish one, though, the one with the woman's face and the birds...
Posted by Glenn Harper at 9:35 AM