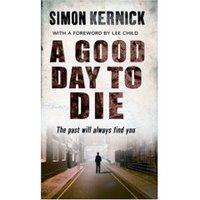 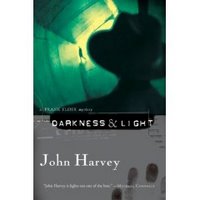 I've been looking forward to Simon Kernick's new book, A Good Day to Die, because in it he resuscitates his murdurous ex-cap Dennis Milne, his most interesting character so far. I also picked up the newest John Harvey, Darkness and Light, featuring his post-Resnick detective, Frank Elder (as usual, Resnick has a cameo). Both books were disappointments. The Kernick novel has all the elements of a good read, but it somehow drags even through the fast and violent scenes (of which there are many, as usual). The denouement is predictable, a cliche really. And the narrative is very repetitive, between recapping the plot and Dennis's constant soul-searching. The Harvey novel is also pretty dull. The plot itself is interesting enough, but I could never really get interested in any of the characters. Elder seems a pale echo of Resnick, though it seems we're in for more of him, if the preparation for sequels in the last pages is any evidence (preparation that involves finding an excuse for an ex-cop to be constantly brought back into investigations--in spite of his often-stated desire to be left alone in his Cornish retreat). Darkness and Light just plods along, professionally written but slow even for a police procedural. All in all, this has been a disappointing week of reading.
Posted by Glenn Harper at 8:05 AM

I believe that 'Darkness & Light' is the third and last of the Frank Elder books. It's the only one I've read and I enjoyed it a bit more than you :-), perhaps because I recognised some of Nottingham. Harvey's next book, out in Feb, has a new protagonist (or two).

I liked the first two of Harvey's new series, having read all 10 Resnicks and liked those too.

However, I did sense a bit of wavering -- in the second one, Harvey brings in Resnick more than he did in the first, as if he was running out of ideas a bit, or maybe wanting to go back to his old trusted formula.

I will read Darkness and Light, I expect, and also good to hear from Karen that Harvey has written a standalone (or first of a new series).

If you haven't read the Resnick series, I can recommend them, though they are very UK-oriented. Resnik has a Polish background and his views are coloured by that --he's an outsider literally and (natch, this being a detective series) metaphorically.