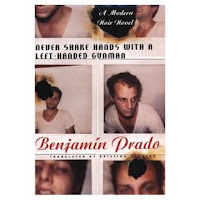 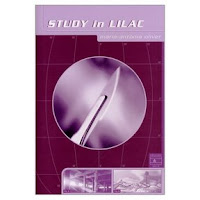 Neither of these books is new, and one is not a crime novel, really. I dug them up because I'm going to Barcelona in a few weeks and wondered whether there were crime writers other than Vazquez Montalban who were from or set their books in Catalonia. Study in Lilac by Maria-Antonia Oliver was written in Catalan rather than Spanish, and is set in the pre-Olympics Barcelona of seedy dockside and fetid seas. It's a feminist tale, whose title refers to graffiti in that shade that recommend revenge of a particular sort for rape--something not revealed until very late in the book. With its Conan Doyle reference in the title, it shouldn't be a surprise that the novel has some metafictional overtones--not only Pepe Carvalho (from Vazquez Montalban's books, and the hero of an as yet untranslated series of detective stores written in Catalan make appearances, one playing a key role in the end. But metafiction and tendentious politics aside, Study in Lilac is an interesting journey toward a conclusion that is not politically correct in any conventional sense, but is satisfying in the context of the novel's own world. Benjamin Prado's Never Shake Hands with a Left-Handed Gunman is all metafiction, with the author as an essential character, one of four narrators giving their perspectives on a missing friend who was obsessed with literature, punk-rock, Elvis, and other cultural phenomena. Crime fiction is constantly referred to but never achieved in this book: It's literature, after all. But Prado recognizes explicitly that it's a failure as a crime novel, which
is one of the book's primary virtues (another being that it's a short book). The characters are itneresting, the setting lively if a bit vague, and the plot almost non-existant (one of the usual factors in the by now large library of too-literary crime novels). The splintered perspective of the 4 narrators is echoed in the discursive, meandering story, which both starts and ends in the middle. I can appreciate what Prado is doing (and his knowledge of and his own appreciation for crime fiction), but Study in Lilac is more fun.
Posted by Glenn Harper at 5:39 PM