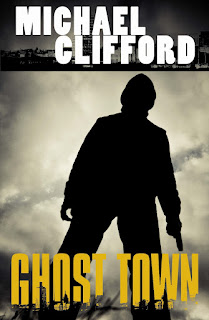 The newest Irish entry in contemporary crime fiction works both as a story and as cultural history or criticism (Cliford is a political reporter of substantial reputation, and his style as a novelist has some of the no-nonsense quality of journalism). Joshua Molloy, nicknamed The Dancer for his football skills (a career aborted by his addictions as well as his associations with criminals) has just been released from an English jail and is back in Dublin. He's going to AA meetings and trying to stay straight while seeking to meet his son, born while he was incarcerated.

But Molloy's path is criscrossed with those of many others in an Ireland crippled by the housing and banking debacles of the economic crash. A former associate, a not-too-bright gangster on the make, lures Molloy into a scheme to murder a crime boss, and the story is off and running (as is Molloy). In addition to the thugs and bosses who are chasing him, his lawyer turns out to be the wife of a property developer on the run from his investors (some of whom are ready to use non-legal means to get their money back), the mother of his child is a junkie whose life is controlled by the very gangsters who are after Molloy himself, and there's a reporter trying to rehabilitate his career by getting a big story out of all that's going on.

Most of the novel is straightforwardly told, with vivid characterization and dialogue and a believably erratic plot. There's some comic relief in the magazine pieces written by the reporter (reproduced in the novel), which are wild tabloid versions of the truth, and in the reporter's own overblown sense of self-worth. The only caveat I have about the plot is that there is a point toward the end that has a twist that is a bit too neat, but upon reflection on the whole story is probably necessary to get to where the story needs to end.

As the estimable Declan Burke has pointed out (at Crime Always Pays), Clifford's book bears closest resemblance (among current Irish crime writers) to the work of Gene Kerrigan, and that's a very high standard that Ghost Town definitely lives up to. The story moves rapidly forward, keeping the lives of all the characters (particularly Molloy and his lawyer but also many minor characters) moving forward at every point, even when their stories overlap. I can highly recommend Ghost Town as a great read as well as a vivid portrait of the current Irish situation, in fictional form.
Posted by Glenn Harper at 9:40 AM