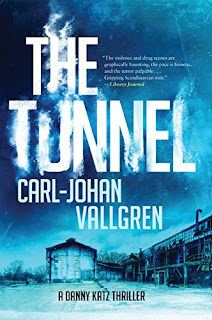 This book is a difficult read, first because of the shifting perspectives, second because of the disgusting sexual violence lying behind muh of the plot. But for fans of Swedish crime fiction who have been craving something darker and tougher, this will be an essential novel.
Posted by Glenn Harper at 4:40 PM