The Winter of the Lions, by Jan Costin Wagner 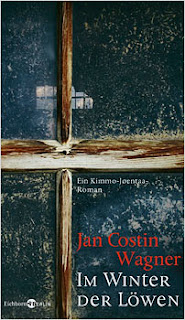 Structurally, the third Kimmo Joentaa novel to be translated into English (by Anthea Bell (from the German original of author Jan Costin Wagner), is a straightforward police procedural. Joentaa, still finding it quite difficult to cope with the death of his wife (a major theme in the first of the novels, Ice Moon) is called out to a crime scene where one of his team's own crime techs has been murdered savagely. The attack came while the man was cross-country skiing, early on a winter morning (just before Christmas, a season where a number of recent Scandinavian crime novels have been set). Christmas in Finland is evoked quite vividly by Wagner.

Another attack suggests a direction for the investigation, confirmed by a third, but there are no clues to work with. It's a bit unusual for police procedurals to concentrate on a mere detective, not the head of his unit or team. Joentaa is very much the eccentric outlier, doing what he's told but then moving off on his own tangent (which he frequently finds it difficult to explain to his colleagues). H latches onto an idea and slowly works through it until he finds some kind of thread to unravel. 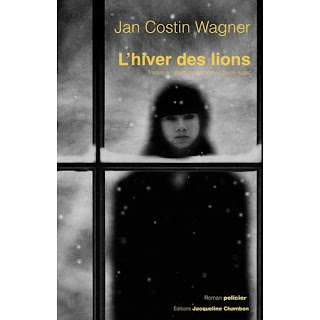 The slowness of the investigation's progress and Joentaa's constant memory of his wife (particurly her last moments) give the book a melancholy, even poetic quality. The narrative sticks with Joentaa for the most part, but shifts into the head of a troubled woman who seems to have something to do with the crime, but her relation to reality is vague, and we get little sense of who she is until Joentaa begins to clarify for himself what has happened. The reader is pulled in by impressions rather than events: the interest is more in how te crimes happened rather than who is the killer. The charaterizations are somewhat quirky: some characters are fully fleshed out and others are sketched simply with a few elements of personality or their relationship to someone else. 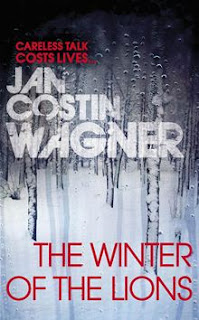 The selection of covers (from the U.K., Germany, and France) is telling: The U.K. cover suggests a frozen forest, when most of the story actually takes place in the cities of Tuku and Helsinki, and a good deal of it happens in the context of a TV talk show rather than a forest (though admittedly the first crime scene is adjacent to a forest), and the film industry in Finland plays an important role in the story. The window looking out on an icy scene (the German version) is more closely evocative of the book, but the French version, of a woman peering in a window, suggests in its use of contrasting haze and clarity more of the psychological realities that the novel turns upon.
Posted by Glenn Harper at 11:51 AM

I liked this book for the writing, but the crime plot is a bit odd - nobody seems to do any actual police work and everyone waits around while Joentaa puts things together via musing.....various very obvious checks and procedures are simply omitted so spinning out the tale. Nevertheless, this isn't why one enjoys these books - their haunting quality and various treatments of grief are great, I think.

I agree about the poetic quality of the writing. I am a big fan of this writer. I have just referenced your review on my post. Hope this is OK.