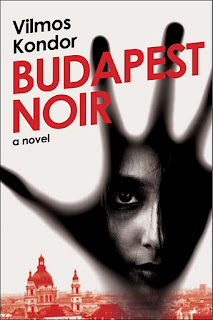 Budapest Noir, by Vilmos Kondor, is a Hungarian novel that is scheduled to be published in English translation next year (I received a digital copy via NetGalley). The central character is Zsigmond Gordon, a crime reporter in Budapest in the 1930s. At the same time as the prime minister is being eulogized (having died while out of the country), a young woman is found dead on the street in a rough area of town. But the girl seems to be from a high class background and is carrying a Hebrew prayer book, and Gordon glimpses a nude portrait of the girl in a powerful policeman's desk drawer (while snooping). All in all, Gordon suspects that there is more to the story than a casual murder of a prostitute.

But no one else seems to care, not the police and not her family (when he finds them, he discovers that they've disowned her--and the motives for that act are at the center of the story). But as Gordon digs further, he stirs a hornet's nest in the underworld, and brings violence and threats upon himself, his artist girlfriend, and his grandfather (a retired cop who retired to Budapest and took up the making of fruit preserves). 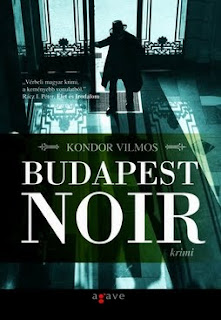 The time frame, the underworld dealings, and the East European setting suggest a comparison with Marek Krajewski's excellent series set in pre-war Breslau, but Kondor avoids the downright strange storytelling and structure of Krajewski's series (though that's no slam on Krajewski, whose weirdness is extremely compelling). Unlike Krajewski's detective, Kondor's reporter has positive relationships with both his girlfriend and his grandparent, and though there's plenty of kink in the tale (among the brothels and in the city) it's more a straightforward thriller and crime novel (while Krajewski's books are more like nightmares).


There's a lot of classic noir in Budapest noir, in fact. Kondor gets it right without striving for exact equivalence to the American noir ambience. His Budapest is striking and his story is compelling, dealing with ordinary human venality as well as heightened versions of it that will become more virulent in the years just after this book's timeframe (though distinctly forshadowed in the story of the young Jewish girl, whose murder, though, takes the reader less in the direction of Nazi horrors than into the noir territory of Ross MacDonald and (more recently) Declan Hughes.

The distinct strains of noir continue to intertwine in the hands of talented writers like Kondor (or Krajewski, for that matter) who are finding new vitality in the genre.

I'm pasting in the U.S. cover as well as a small image of the Italian translation and the Hungarian original. All in all, I think I like the Hungarian one best: more atmospheric.
Posted by Glenn Harper at 1:15 PM

Excellent book, and the sequels are even better: Kondor oversteps his "child weakness"-es, and the follow-ups are even darker and more sinister, as Hungary, and all of Europe slowly succumbs into WWII.
I hope that thew following books (A spy in Budapest, Sinful Budapest, and Budapest in ruins) also get translated, and find their way to the English speaking audience.