The other igi heitman novel (by Pernille Rygg) 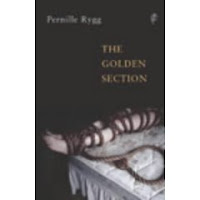 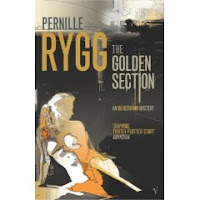 Igi Heitmann, Pernille Rygg's main character in two crime novels (The Butterfly Effect and The Golden Section) set in Oslo, Norway, is one of the most distinctive and thoroughly "present" of all noir characters. The novels are complex and allusive, and not written in easy or transparent language. Rygg's style is often indirect, almost stream of consciousness and with oblique shifts in direction. In the 2nd book, several pages of discussion of threats against women from Igi's point of view go by before you realize that she's in the middle of being beaten by a couple of thugs. And after this passage, another aspect of her writing arises: her use of an extended rhetorical image to evoke Igi's situation and her state of mind. And the milieu of Oslo is not simply described, each setting within the city is so particular in its metaphorical presence that each has an emotional resonance: each setting is so sharply evoked that it becomes a participant in the story. Sometimes the indirection of Rygg's prose reminds me of Henry James (though without the moralism and long, long sentences of James). In the midst of this complexity, the novel can be quite funny. There is one (sort of) gang fight that is a (sort of) rumble between Pakistani gangsters and gay s&m clubsters--as comic as the gang war in Graeme Gordon's hilarious but violent Bayswater Bodycount. And Igi's insight into modern society, the crime at hand, and her own life and mind is extensive, and she's a complex character, worth spending time with. Don't expect a straight line from one chapter to the next, though. As the first novel dealt with occultism and sex games, the second deals with psychology and art. And as the first novel revolved around Igi's recently deceased father, the new one revolves around the rest of her family: her transvestite husband (much more fully realized than in the 1st book, along with his female alter ego, whom Igi seems to think of as an intruder into the family circle), her mother and stepfather, and especially her young daughter (Igi discovered her pregnancy at the end of the 1st book). But Igi is no stock character as a mother: she's a bit jealous that the toddler is more attached to her father than to her mother, but she's not wracked with guilt about it. She's desperate to protect her daughter at times, but still not overprotective. The daughter, even, is a real character, with her own quirks but without caricature, as might have been the case with a more genre-bound novel. Rygg's text is poetic, but her feeling for the crime victims is real and believable. She has no official stake in the mystery (one murder suspect is a patient--Igi is now a practicing clinical psychologist--and another is a woman Igi meets with in looking into the circumstances of the first crime). And wrapped around all of this is a well-evoked artworld, with its own jealousies and personalities, the world of urban-revival real estate with its own relentless logic, as well as a capitalist coterie that is interested in art, murder, and Igi for its own reasons. The Golden Section is a complex tale, told in poetic style, and develops Rygg's fictional world further than The Butterfly Effect did. As far as I know, there are no more Igi Heitmann novels, even in Norwegian, but I can hope for more, and more translations into English, some time in the future. There was a gap of some years between the first 2 books, and the time was well spent--if it takes Rygg a few years to produce another crime novel, the result will likely be even more interesting than the first 2.
Posted by Glenn Harper at 4:04 PM