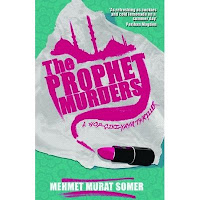 Notes on a couple of new (in the U.S.) releases from Serpent's Tail Press: The Prophet Murders, by Mehmet Murat Somer, and I Was Dora Suarez, by Derek Raymond (the 4th in the Factory series, recently reprinted with new covers). The Prophet Murders is a campy serial killer tale told from the point of view of a transvestite Istanbul club owner. Transvestites whose real names are the same as the prophets recognized by Islam are being murdered in ways appropriate to the stories of the prophets. This is a classic amateur detective story, with the obvious difference of the twin milieux: contemporary Turkey and a gay transvestite subculture. A couple of other Serpent's Tail series come to mind as comparisons: the novels of John Dale, veering into gay territory in Australia, and those of Mark Ramsden, steeped in the culture of fetishism and S&M. Not too surprising that all of these would find a home at Serpent's Tail, which specializes in alternatives to the mainstream. Somer's book is funnier than those others, in a very camp way (though not quite as broad comedy as La Cage aux Folles, which is referenced in the book, along with a lot of other pop culture from Turkey and around the world, plus crime and mystery classics). The unnamed narrator's point of view is the source of the humor, the indignation concerning the crimes, and the tight focus on the subculture (though everyone he meets seems to be gay, bi, or in the closet--is there really so much gay goings-on in secular-but-becoming-more-Islamic Turkey today? All we hear from over here is repressive goings-on like the prosecution of Orhan Pamuk and others for anti-nationalist statements. 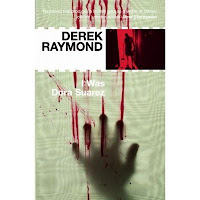 In I Was Dora Suarez, Derek Raymond's detective-sergeant-narrator is recalled to The Factory, after being sacked in How the Dead Live for assaulting a colleague (among other things), to investigate the axe murder of a young woman and her elderly landlady. The opening chapter details the murders (along with a third one) explicitly and in sickening detail from the point of view of the killer, but it's clear from the narrative interpolations that the detective is inhabiting the mind of the murderer just as he will later inhabit Dora Suarez, through pure empathy and the fragments of her diary. The contrasts among this most hard-boiled policeman's personality, the violence of the crimes, and the tenderness with which he regards the victim is quite powerful. Yet more evidence of the debt we owe (and the lessons that might be still learned) from this master and innovator of noir. Another of Serpent's Tail's specialties is keeping classic noir novels in print, along with new examples of the genre, and we can only be grateful for their efforts with respect to all these niches and the richness of the alternatives they provide in contrast to the blandness of the common run of best-seller and genre fiction.
Posted by Glenn Harper at 9:10 AM